And wanted to ask you, what's the craziest blunder you ever made while cooking or baking something?  I remember watching one of my favorite food shows many years ago, Cooking with Nathalie Dupree...she was one of my all-time favorites with her gentle demeanor and no pretense.  If you have not heard of her, or have never watched her show, there are plenty of her segments on u-tube.  You may want to take the time to watch just one, and you will see what I mean.  Anyway, on this particular segment, she was making a cake, and had the Kitchenaid mixer going at a faster speed than she realized.  She proceeded to add the flour, and it all went up in a cloud of dust.  What I loved about her was that she just laughed and told the viewer that things happen and went on with the segment, as if nothing out of the ordinary occurred.  Some of the creative things I have done...

1. I always use unsalted butter as it's butter in its purest form.  That said, if you make the choice to use unsalted butter, you must adjust the salt in a recipe accordingly.  I was making some biscuits one day and the recipe assumed salted butter, and there was no added salt in the recipe.  I used unsalted butter, and failed to compensate with some salt.  The biscuits turned out lovely as usual, but when I took a bite of one it was totally, and I mean totally, blah!  This is something you can't salt the top of either after it's baked as it won't stick.  I threw them all out.

2.  I was making a coconut cake and had just gotten the batter in both pans, and opening the door to put the cakes in the oven, when I realized, I had forgotten to grease and flour the pans.  Out of the oven they came, the cake batter put back into the bowl, the pans washed, and then greased and floured.  That was a close one...imagine trying to get those things out of the pans...not happening!

3.  I had just put a cake batter together, still had it in the bowl, and was just about to put it into the cake pan, when I turned to look at something on the counter, and low and behold, there was the cup of canola oil that was to go into the cake, meekly sitting on the counter.  I put the paddle attachment back on the mixer, added the oil, poured the batter in the pan and put it in the oven...that was close!

4.  Before being smart enough to crack each egg in a small bowl before adding to any batter, I had all of the ingredients for a fairly costly cake in the bowl, just to add the eggs.  I cracked the first egg in the mixing bowl, and by the smell, realized it was rotten.  You guessed it...start over!

5.  I had made a 10x15 sheet pan of bar cookies, where after taking the pan out of the oven, you sprinkle chocolate chips over the whole thing, put back in the turned-off oven for 5 minutes, take out and spread the melted chips over the entire cookie.  I had bought a brand of chocolate chips I had never used before, and because of the paraffin content in the chips, I went to spread the melted chocolate and it all came up on my offset spatula in one piece.  Lesson learned...never use a new product on something that really matters the first time around!

And with that, I will leave you with some pictures of my garden, and the invitation to share your adventures in the kitchen with me, and the rest of my readers...it's always nice knowing that one is in good company... 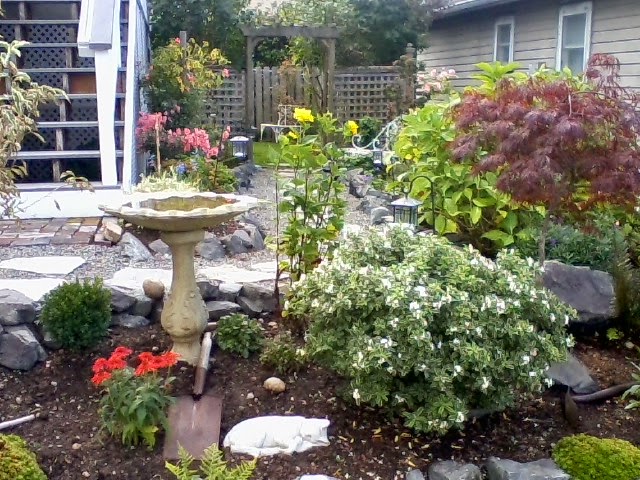 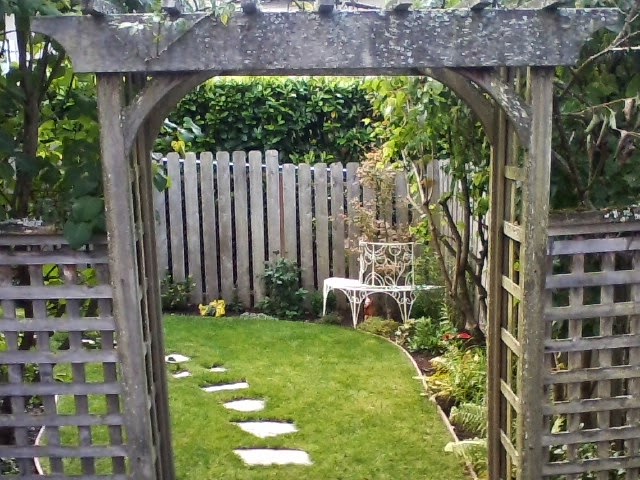