It was asked of me by my dear sister-in-law, Christie, to post a marinara sauce.  So Christie, just for you, four sauces.  True marinara is tomatoes, olive oil, onion, garlic and basil.  Sugo di pomodoro is tomatoes, celery, carrot, onion and pepper flakes.  When I was making the sauce for the chicken parmesan in this blog, I thought, why not marry the two?   Motherlode...below are four recipes...marinara sauce, sugo di pomodoro, the best of both worlds and Susan Stockamp's marinara sauce.  Susan was a colleague of mine at work, and gave me her recipe about 23 years ago.  She just sort of rattled it off one day, while I wrote down on a piece of paper what I thought were the appropriate measurements.  Also, I have pictured below the "best of both worlds" tomato sauce with chicken parmesan, ravioli fiorentina (both will be featured in the future) and in a sieve, draining the excess liquid into a measuring cup.  For those of you who don't like your sauce with the slightest liquid, this is for you.  It is extra thick, and won't thin much in the microwave or oven.  Actually, you can do this with any sauce, even from a jar, so for those of you who are curious...  All the pictures below are the "best of both worlds" recipe.

In a dutch oven, heat the olive oil on medium/high heat.  Add the onion and sauté for a few minutes, then add garlic and sauté for another minute.  Add tomatoes and salt, and let simmer for one hour.  At this point, you may add a pinch of sugar to cut the acidity of the tomatoes.  Taste for salt.  Add 1/2 tsp dried basil, rubbed between your fingers to release the flavor, or a bunch of chopped basil.  Remember, fresh is never as potent as dried.  Stir, cook another 10 minutes.

Cut carrot into chunks and process on pulse a few times in food processor.  Do the same with celery and onion together.  You want to partially process the carrot first, as it's a harder vegetable.  Bring all three to a mince stage.  Heat olive oil in dutch oven on medium heat.  Scrape out all minced vegetables and put in dutch oven.  Saute about 10 minutes, then add 1/2 tsp salt and pepper flakes.  Add tomatoes, and then put 1/4 cup water in each can, slosh around and add to pot.  Bring to a simmer, and cook on low, partially covered for about 1 hour.

Use the same recipe as the sugo above, except add 2 tsp minced garlic to the dutch oven with the carrots, celery and onion.  After adding the tomatoes, add the basil and proceed with the rest of the recipe.

Put a large pot filled with water to boil.  Slice an "x" on the bottom of each and put 5-6 at a time into the boiling water for about 45 seconds.  Remove from water and put in a large bowl.  Repeat until all tomatoes are done.  At this point, you can start at the "x" and should be able to peel the tomatoes easily.  Slice tomatoes.    In large dutch oven, heat olive oil on medium/high heat.  Saute onions for about 5 minutes, then add garlic.  Saute another few minutes.  Add spices and stir.  Add tomatoes and stir until everything is incorporated.  Simmer on low for an hour, add wine, then simmer for one more hour, or until sauce is reduced by half.  Bon appetit! 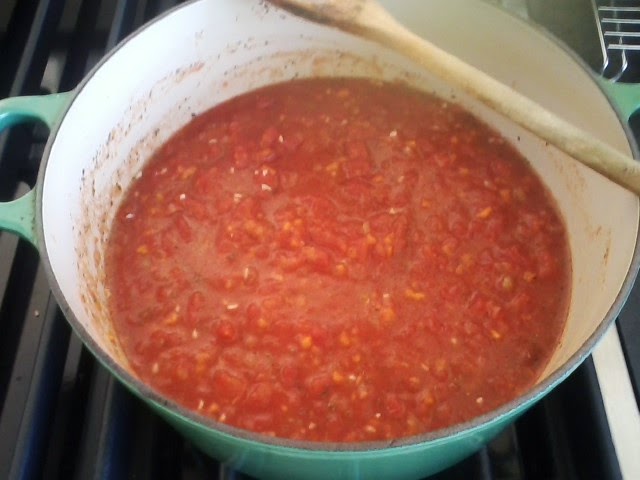 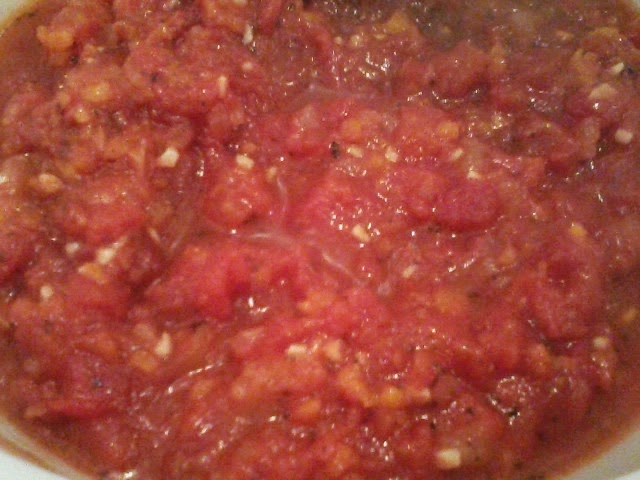 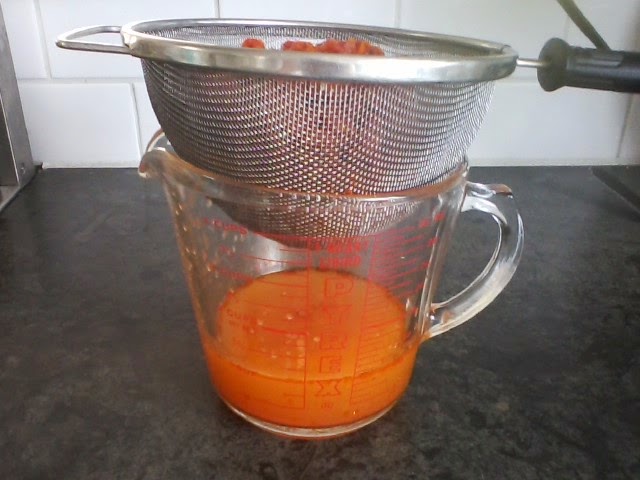 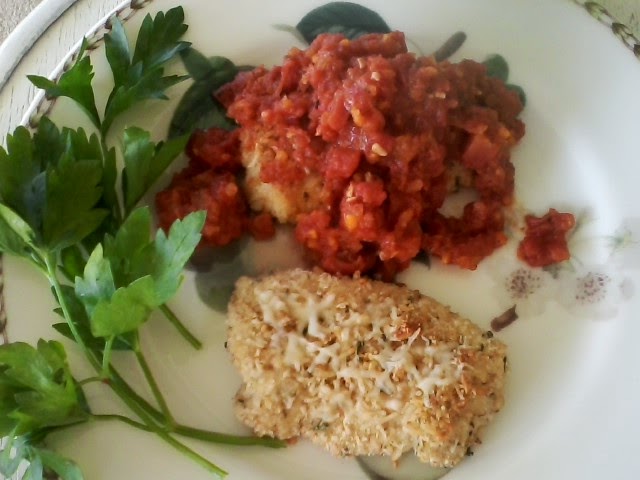 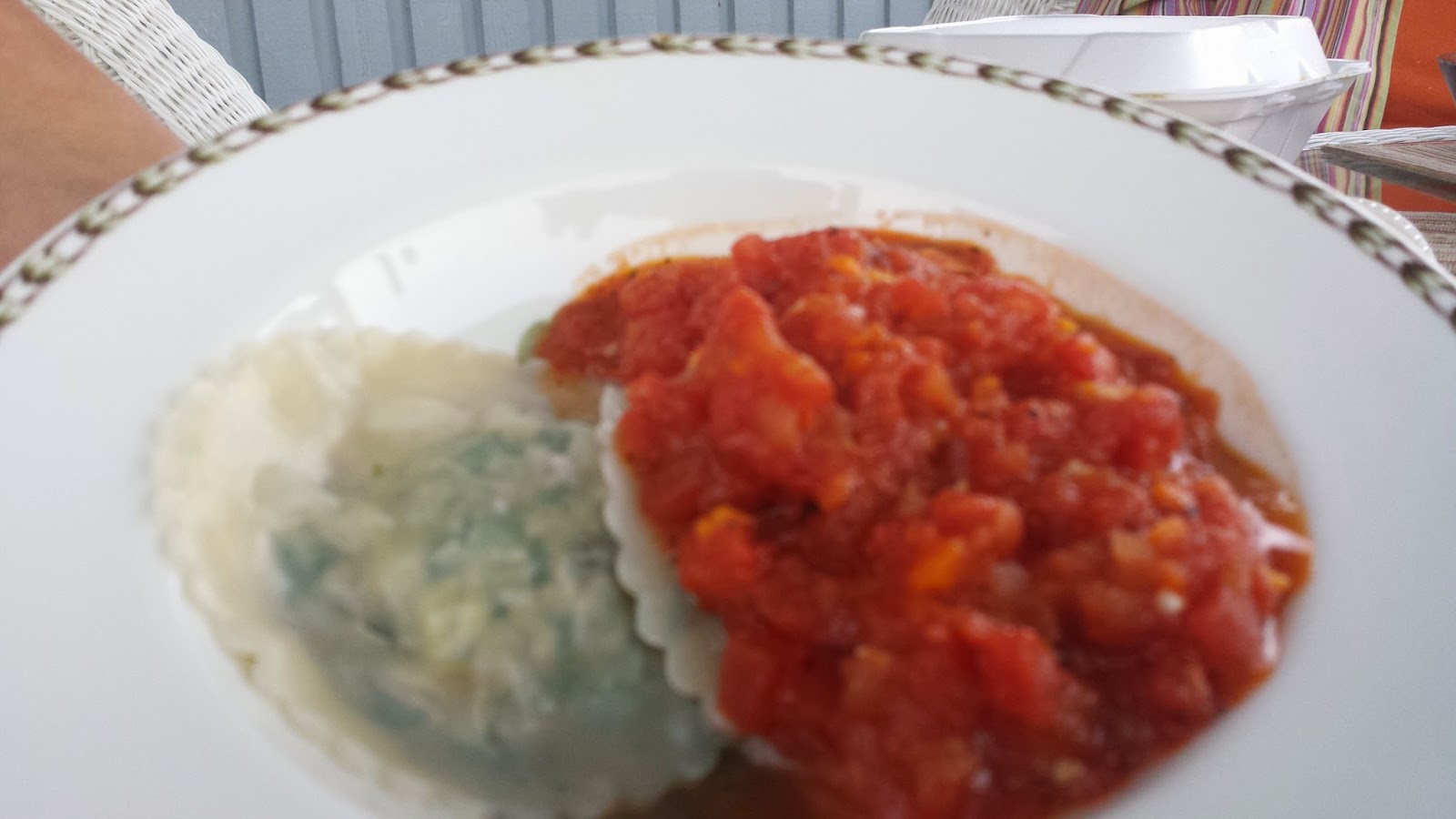