Monday...The Gym, The Grocery Store and The Kitchen...

Hi.  I planned on writing an article this morning for today and it's now 3 in the afternoon.  I went to the gym this morning and left 10 minutes early as I was excited to start cooking.  I brought 3 recipes with me to the grocery store and by the time I left 1 1/2 hours later, had ingredients for 5.  I planned on making two things today and as it stands, one is in the oven for another half hour, and other is barely started with spinach cooking in the microwave.  I even took some pictures this morning of the fog just hanging in the air, which I thought I would post this morning...the best laid plans.  We have fog horns nearby that will go off when the container ships are passing through the sound.  From my home, I can hear three different fog horns.  We have a lot of container ship and ferry traffic here.  How the foghorn works is actually quite interesting.  A laser or photo beam is shot out to the water, and if the beam reflects back to the source, the sensor sends a signal to activate the foghorn.  I remember about 20 years ago, my late husband and I took a ferry to Friday Harbor and spent the night.  We boarded the ferry the next morning, and as it turns out, our car was at the very front of the line.  The fog was so thick, that there were two workers at the front of the ferry looking each way to see if there was anything that would get in our way.  We couldn't see 20 feet in front of us, and of course, being the first car, I was pretty scared.   Below are pictures of fog hanging in the air around 11 this morning.  The third picture is of the same scene as the second, but an hour later, the fog has cleared.  Well, back to the oven, microwave, cutting board, etc. 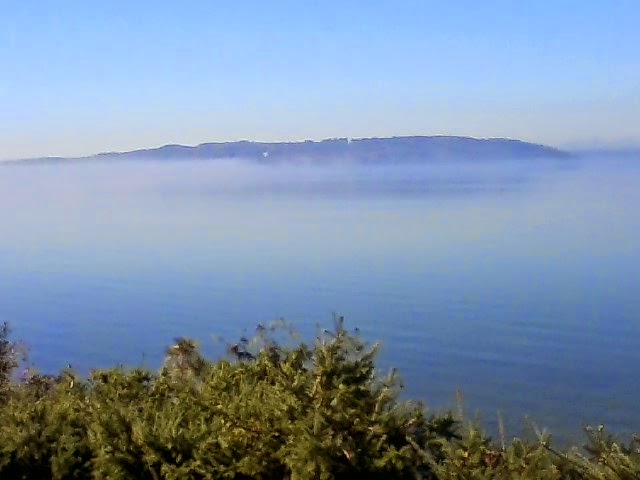 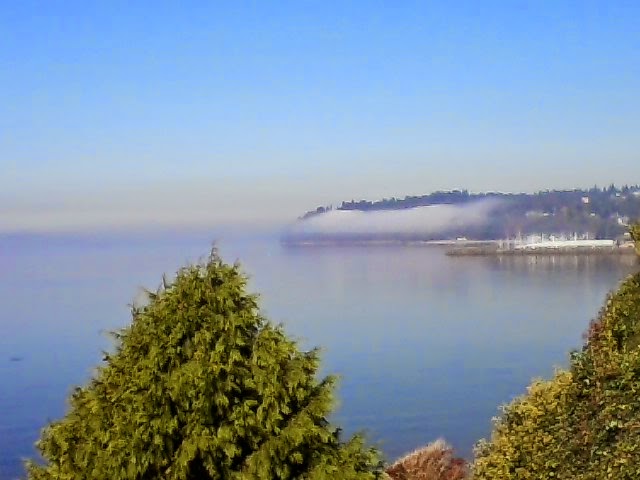 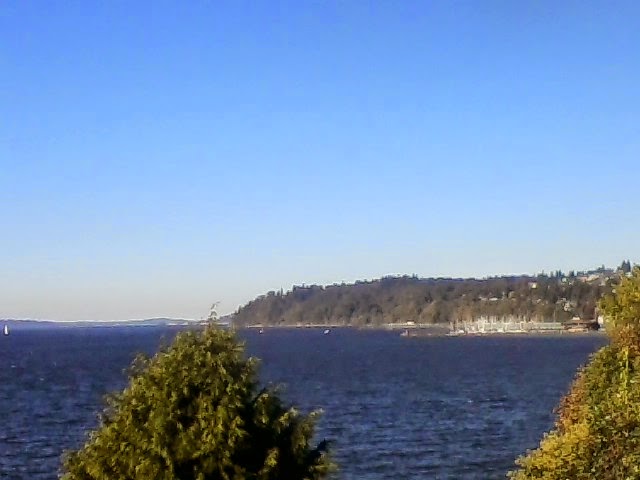