Where do I begin with Ms. Cardell....let's see, when I came to Seattle in 1989, she was the trainer at my workplace.  She also had a mouth like a truck driver, and when she worked as our lead, every employee under her realm needed to be completely self-sufficient or there was hell to pay...to her.  But, she was, and still is, a great cook, and I love her dearly.  I used to run our charitable campaign at work and whenever I had a bake sale, I always asked Marty to bring this quiche, and it was always one of the first things to sell out, because the employees knew of her culinary ability.  There was one year, though, that didn't work out so well for the quiche.  Marty was driving it to work and it was on the floor of the passenger side of the car, uncovered.  She had to slam on her brakes due to a driver in front of her, and since she had just baked the quiche and maybe had been in the car for 15 minutes..you guessed it, the whole thing slid.  Marty also owned cats, who were occasional tenants in the car.   When she got to work, she looked at me with sad eyes and then directed them to the floor.  So, I picked up the quiche as it was, slid it back in place the best I could, picked out the few cat hairs that were on top, and brought it in to work.  No one was the wiser, and of course it sold, perfect or not.   This time around, it was my turn for things not to turn out so well.  I made my crust from scratch, which I always do, and the picture below shows what should happen in a perfect world, but doesn't.   My dough was perfect, fluted edge and all, as you can also see below.  I docked the bottom, which means to use a fork to poke holes over the bottom of the dough.  Then I froze the dough for 20 minutes before blind-baking in the oven, which means partially bake instead of putting the quiche in raw dough, which may turn out gummy on the bottom.  As you can see, the crust shrunk in two places and started to go down the sides of the dish.  I wasn't going to make another crust, but rather show you what can happen and went ahead with the process....as much as it killed me.  It is a fabulous quiche, one that you should try soon!

Preheat oven to 450.  Grate cheese and put aside.  Melt butter in a skillet over medium heat and cook mushrooms and onion, stirring frequently, until most of the moisture has evaporated.  Remove from heat.  Sprinkle half of the cheese over the bottom of pastry crust.  Make an even layer of broccoli over the cheese.  Sprinkle the chicken evenly over the broccoli and scatter mushroom/onion mixture over the top.  Sprinkle with remaining cheese.  Whisk eggs, half and half and seasonings until blended.  Pour liquid over layered ingredients.  Bake 10 minutes, then reduce temperature to 325 and bake for another 30-35 minutes, or until filling is browned and firm.  Let stand 10 minutes before cutting.  Bon appetit!

PERFECT PIE CRUST (except this time)

This makes one pie crust, like for a quiche.  For a double crust, just double the recipe.

In a food processor, put 1/2 of flour, all sugar and all salt.  Add half butter.  Repeat.  This distributes the butter, especially if you are using a mini food processor.  Pulse until the size of coarse crumbs.  Add ice water, a little at a time, until dough just comes together.  Put dough on counter, bring together and put in plastic wrap.  Chill for at least two hours.  Short of that, you can use any premade pie crust. 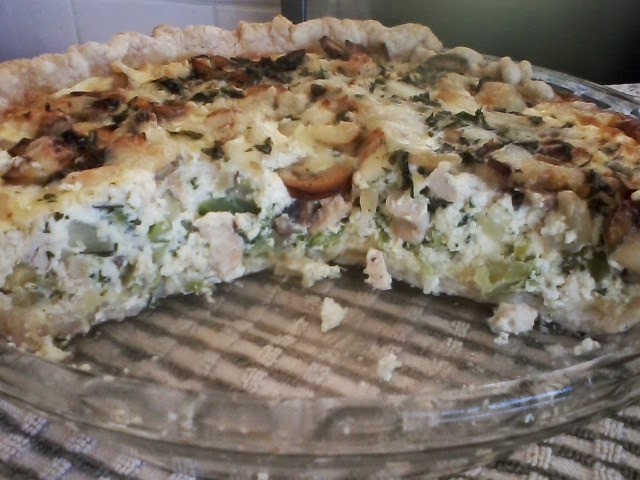 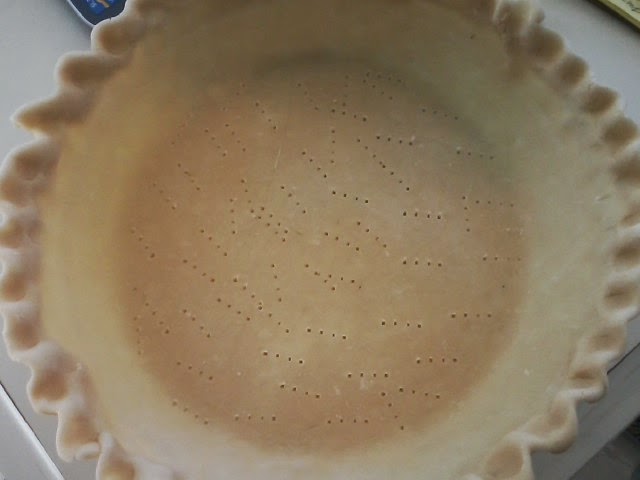 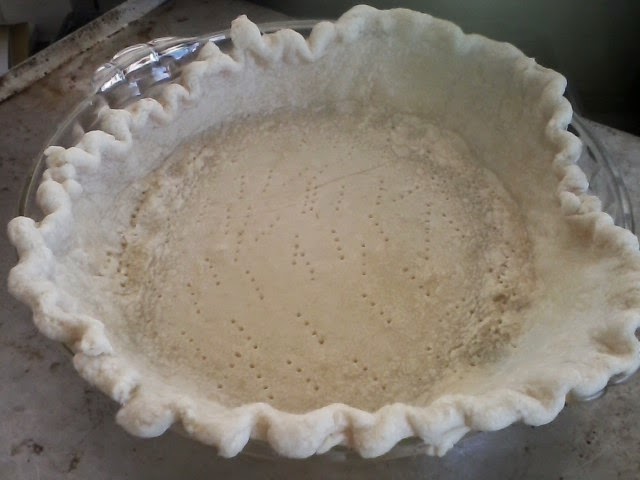 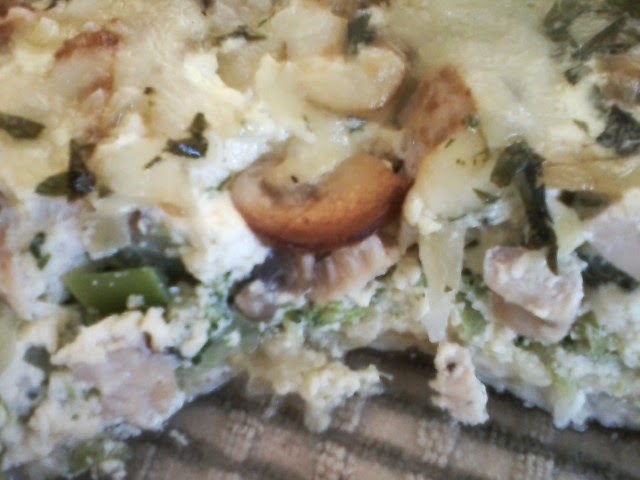 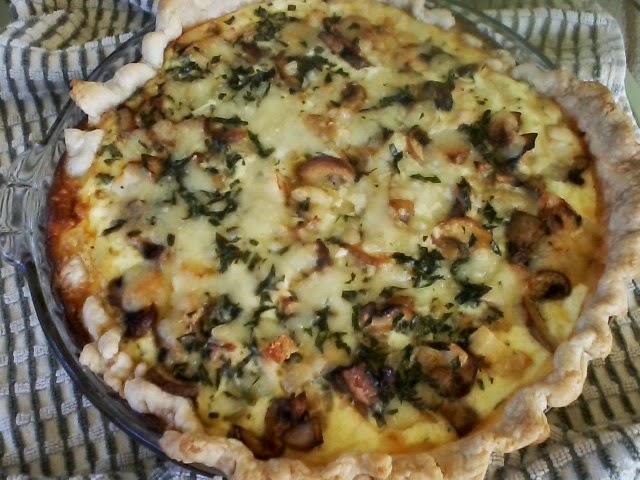