Mrs. Garrity, the epitome of elegance.  She was a neighbor and friend of my parents and lived 5 houses from us.   Two of her teens used to babysit for us three kids, but in all she had 5 children...Donny, Jeanne, Joannie, Jimmy and Johnny.  Did Mrs. Garrity cook, no.  Did she have a job, not that I can remember.  Did she ever dress casually, not that I ever saw.  She had beautiful skin and said everything in a joking manner, but not in an obnoxious way...and because of that, you couldn't help but love her.  She would host the best parties...people loved going to her house.  I just can't say enough about her, and being around her just made your day.  She even had a woman come in and clean her home, which in our neighborhood, was really rare.   Most of us weren't poor, but we weren't rich, either.  I would say a little above middle class.   And the woman's name was Myrtle, a lovely African-American woman...but that's a story for another day.   Mrs. Garrity had this recipe for a salad dressing, and quite honestly, I haven't had it for about 40 years.  But I called my brother to ask him if he had it written down somewhere, and he just rattled off the recipe to me.  All of the ingredients fit perfectly in a quart Heinz vinegar bottle, and it is so easy it's almost embarrassing.  I bought a quart the other day at the store just so I could bring myself back to the day of Mrs. Garrity.

In a medium bowl, mix the soup and vinegar with a whisk.  Using the large funnel, put sugar in vinegar bottle.   Add the soup/vinegar mixture, then the cloves of garlic.  Shake well.  Refrigerate.  As time goes on, the dressing will keep picking up the flavor of the garlic more and more.  You can either put in less cloves, or remove all the garlic from dressing after a week, it will hold the flavor.  To do this, simply pour dressing in a large bowl, remove the garlic, and put dressing back into the bottle using the funnel. Bon appetit!

P.S.  This is a very simple salad made of butter lettuce, cucumber, avocado and croutons...below is the salad dressing with a few of the garlic cloves.. 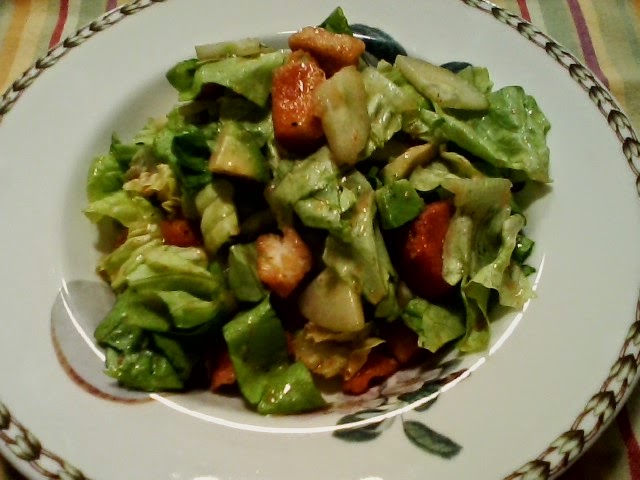 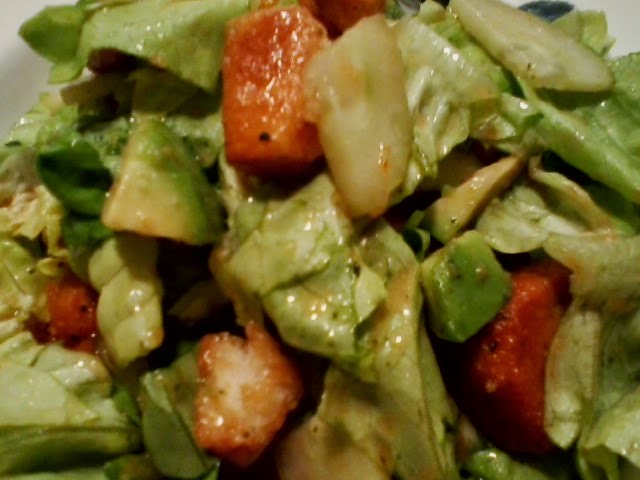 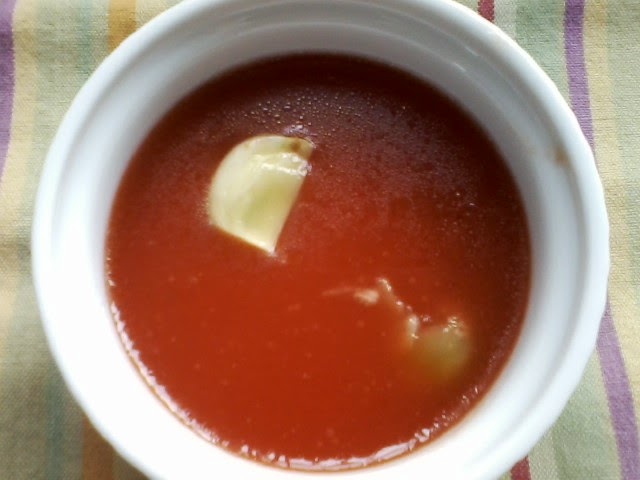