Sometimes I get a little tired of making a pumpkin pie for the holidays...now mind you, I said "sometimes".   Granted, the pie is a lot lighter, so instead of a huge piece of pumpkin pie with a huge dollop of whipped cream, you have a not-so-huge piece of this scrumptious cake.  It goes down very easy, and I have been making it for years.   Today wasn't such a great day, as the first cake I made went in the trash.  My best guess is that I forgot half of the oil.  The taste was the same, but when I cut a sliver to see what the inside was all about (I could tell by putting pressure on it) it wasn't happening.  So, back to the grocery store to get more pumpkin and diced pineapple, staples I don't readily have in the pantry.  This is a lovely cake, and the recipe below makes a 9" layer cake. But, you can cut the recipe in half, as I did, seen in the picture below.  There is a small amount of maple syrup in the cake, though more in the icing.  But, don't expect the icing to taste like PURE maple syrup, which, by the way, you should be using instead of the stuff that pretty much everyone likes that is made of corn syrup.  It gives the icing just a hint of maple sweetness to cut a little of the tartness of the cream cheese.  By the way, most cream cheese icings use a 50/50 ratio cream cheese to butter.  I always use more cream cheese than butter, just to give the icing a little more kick.

Heat oven to 350.  Butter and flour two 9" cake pans, or use the flour/oil spray.  In mixer bowl, combine flour, sugar, soda and spices.  Add the oil, eggs and maple syrup.  Beat well.  Add pumpkin and pineapple, (I put the pineapple in a sieve, and press a number of times to get most of the juice out).  Stir in pecans.  Pour batter into the prepared pans and bake for 35-45 minutes, or until a toothpick comes out clean.  Cool for 10 minutes then remove from pans and cool completely.  Bon appetit! 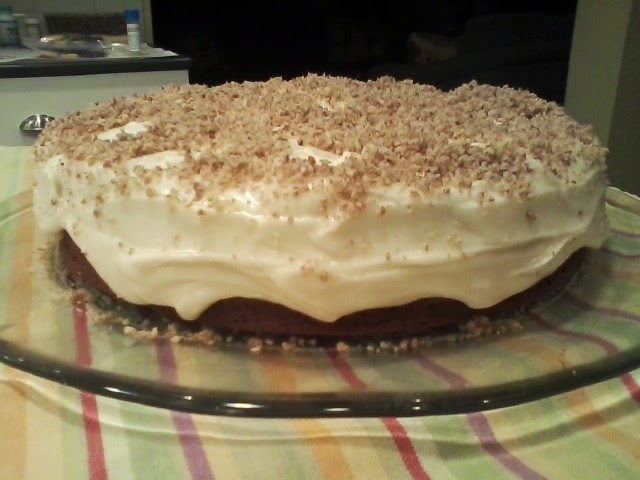 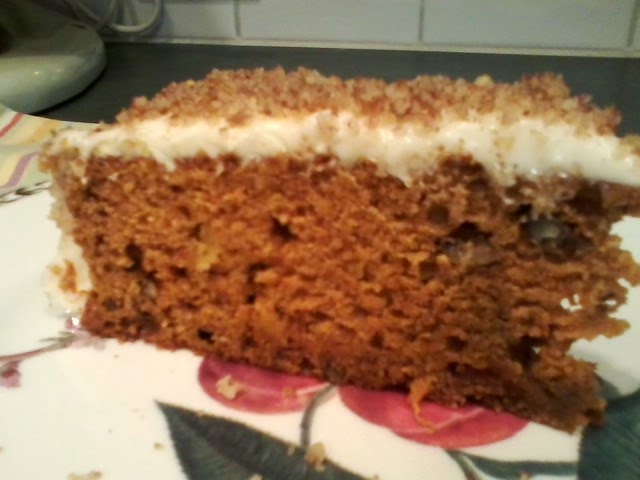 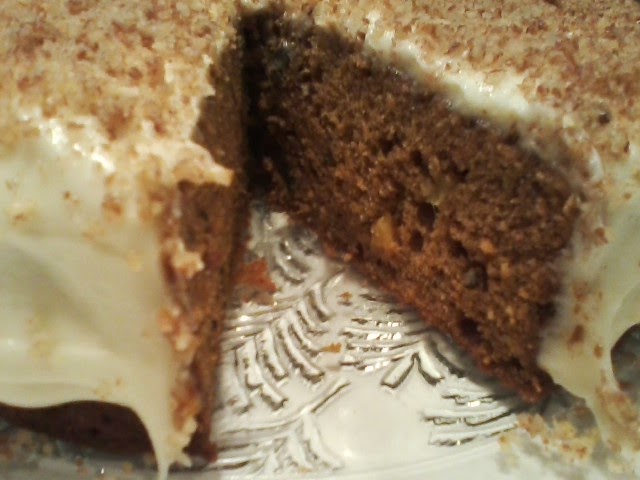