Things I Can't Do Without in my Kitchen, Part 7

Ah, my gravy separator.  My friend from work, Deb Buchan, introduced me to this gadget and I love it.  Yes, I have the oxo brand where you put the rubber plug in the spout, but I've always been intrigued with how this one works, although it's not rocket science.   The biggest advantage, though is this lifesaver holds 4 cups of juice vs. 2 with the oxo, and if I make a large turkey, I need this capacity.  I have also been known to use both, but that's when making nearly a 25 lb. turkey, and that's not every day.    My pick is made by Swing-A-Way, the company who makes the hand-held can openers.  It's along the lines of a flour sifter in that you pull the handle, but in this case, it opens a covered hole in the center of the bottom of the container, letting out however much liquid you want, with the fat staying on top.  It's a little easier to clean as well, as you don't have to have a specific brush to clean a spout.  It also has a holed cap on top that catches pieces of things you may not want in your gravy...thanks, Deb, I think of you every time I use this thing!

My rolling pin.  I bought this rolling pin probably 18 years ago, and at the time when it was new, it was a one piece pin with handles.  I never did like rolling with my hands to the side, so I had my late husband saw the handles off, and there you have it, I had a rolling pin that was simply a large wooden dowel rod.   It's also about 20" long, so it doesn't make indentation marks in my dough.  And it's not heavy, and it's a snap to wash.

My next "can't do without" item I don't use as much as some of my other picks, but when I'm rolling out a dough, that's where they make their entrance, and they truly shine.  I don't know about you, but my dough usually ends up thicker in the middle than on either side.  I place these rings around either side of my rolling pin and you have even dough all the time...all, the, time.  They are made by Casabella, and they are called silicone rolling pin spacer bands...in essence, they are big rubber bands  I think I got mine at King Arthur Flour, but know you can also buy them at Amazon.  These are great for rolling out pie dough, shortbread, sugar cookies...you simply pick the thickness you want for your dough.  Cleanup couldn't be easier... 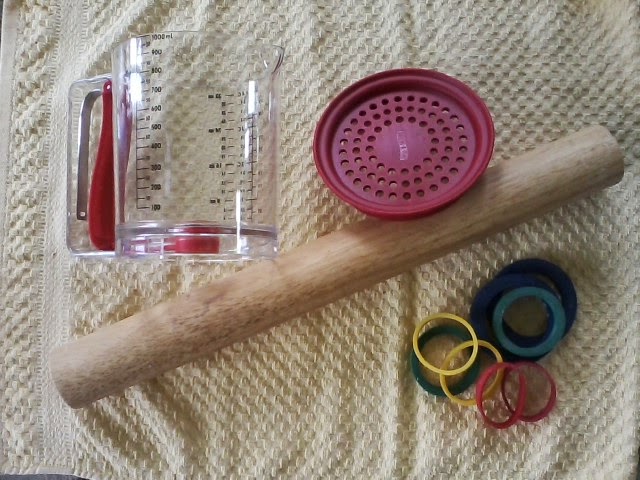 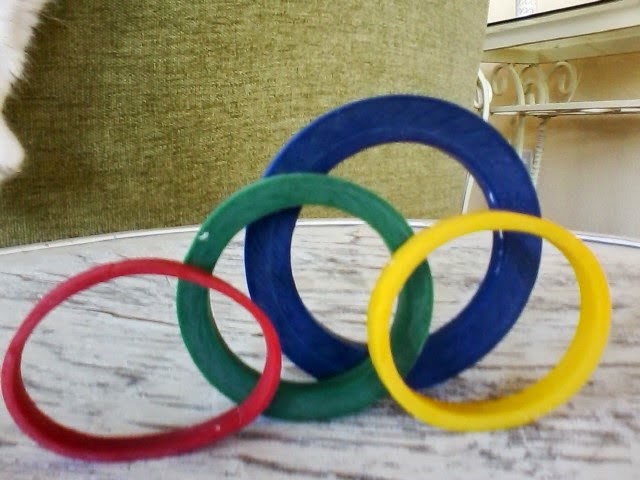