I have always loved corn...canned corn, creamed corn, frozen corn, corn on the cob...I love it all.  That said, I also love bacon...fried bacon, bacon sandwiches, bacon and eggs.  I have made this recipe many times over, tweaking it so it was just right.  The first time around, I thought using the same proportion of bacon to corn was going to work out great, but the bacon really overpowered the corn, (how could that be?) and corn is really the star of the show.  Also, a corn chowder recipe usually calls for red potatoes.  In my recipe, I use a combination of red and sweet potatoes, and the sweet potato gives another sweetness aside from the corn.   The longer you cook this soup down, the thicker it will be.  And yes, you can absolutely use frozen corn.  I like to use fresh, because it's fresh.  That's not to say it's always the best, depending on the year.  Enjoy!

In large dutch oven, saute onion, celery and the 2 pieces of bacon in the olive oil for about 8-10  minutes, or until softened and turning translucent.  Add corn, potatoes, stock, salt, pepper and paprika.  Cover and bring to a boil.  Reduce heat and simmer on medium-low for 15-20 minutes, until potatoes are fork tender.  In a food processor (I use my nutri-bullet) puree 1 cup of chowder with the tbsp flour.  Whisk pureed mixture back into the chowder.  Add half and half (or milk), thyme and chives.  Simmer, uncovered, for another 10-15 minutes, or until the chowder is the thickness that you like.  Crumble the 6 pieces fried bacon into the soup and give it a stir.   Bon appetite! 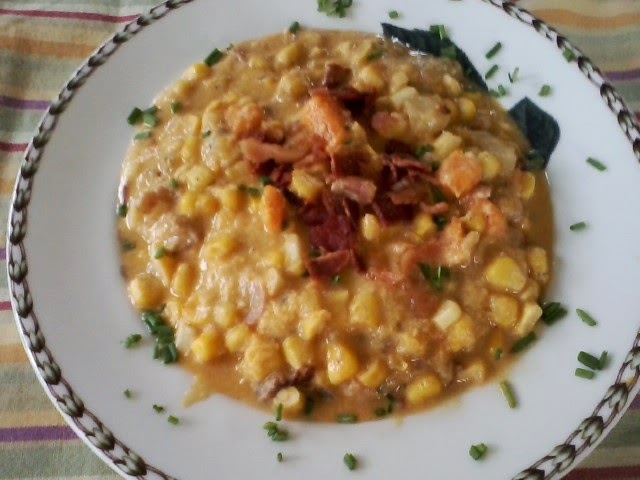 sauteing the bacon, celery and onion 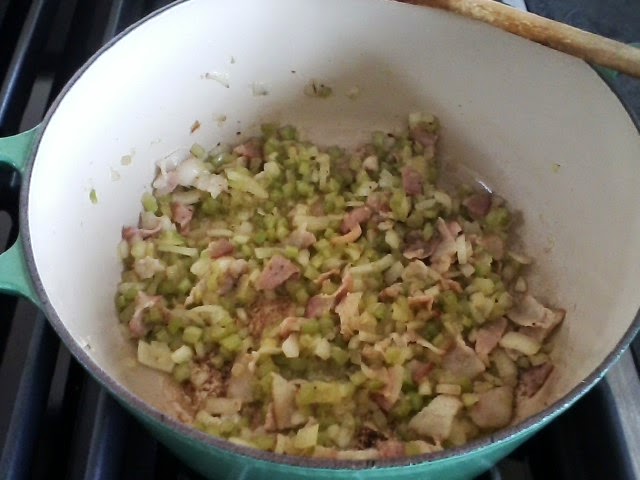 pulsing some of the soup with the flour in my nutribullet 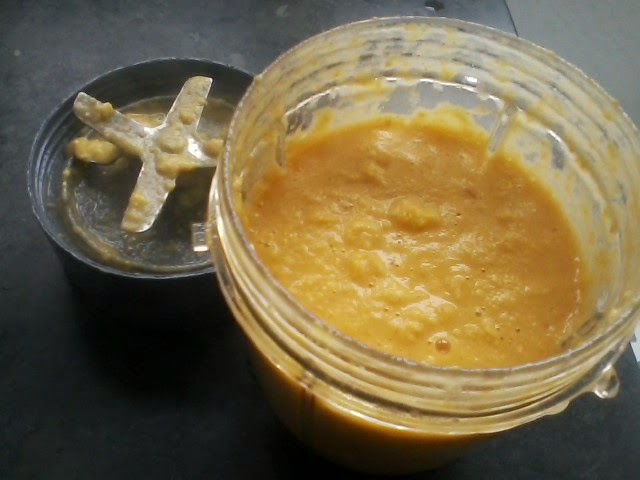 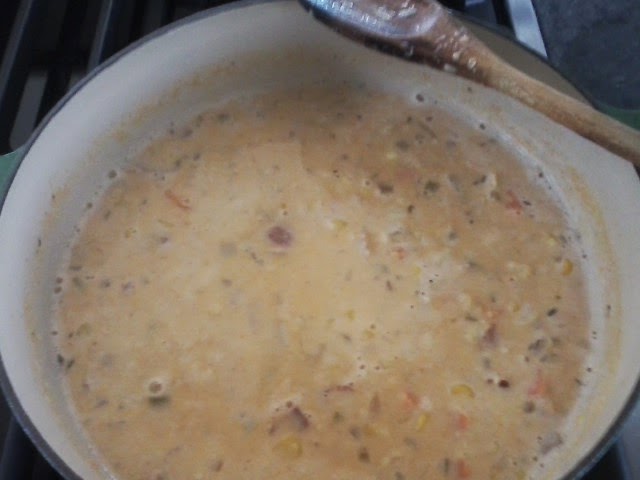 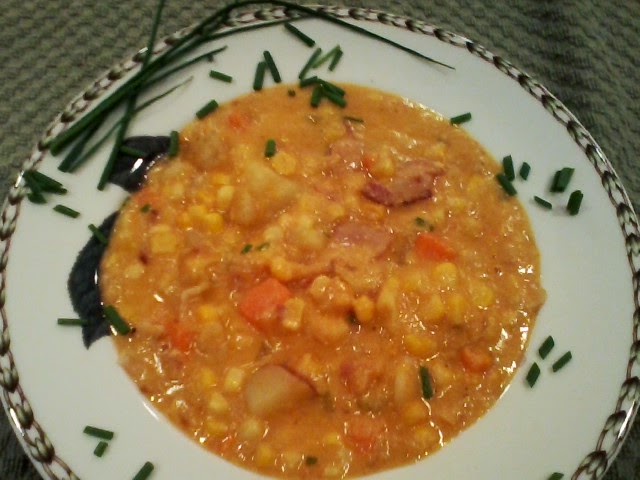