I don't ever recall having a moonpie, although they are popular enough.   This recipe is adapted from Country Living Magazine, and I've had it torn out for the past 3 months.  If you don't think a good cook can ever be daunted by something, think again.  I have never made marshmallow from scratch, and yes, you need a candy thermometer.  But, the marshmallow is really easy...the hardest part of this recipe is having the candy thermometer.  No, that's not true.  The recipe calls for sorghum, which I've heard of, but never used, and harder to find.  No, don't leave this post so quickly.  I actually found what I believe is sorghum at Albertson's, and it's probably easier to find in London, since it's made by a company called Tate & Lyle Sugars.  You really can't use straight molasses, and I don't think dark corn syrup would work either.  That said, if you "had to", you could probably use a combination of 1/4 cup each dark and light corn syrup.  But, back to the story.   So, I forged ahead and made them.  Instant hit.  If you do any baking, this really isn't that difficult a recipe.  I urge you not to wait 3 months and go for it.

FOR THE MARSHMALLOW FILLING

To make the cookies:  whisk together flour, graham cracker crumbs, salt, baking powder, baking soda and cinnamon in a bowl.  Beat butter, sugar, sorghum and vanilla on medium speed with an electric mixer, until light and fluffy, 3-5 minutes.  Reduce speed to low and gradually add flour mixture, beating until just combined.  Beat in milk.  Divide dough in half.  Place each haf on a sheet of parchment paper and top with plastic wrap.  Roll to about 1/2" thick.  Slide parchment onto cookie sheet and refrigerate both sheets for about 30 minutes.  Heat oven to 325.  Pull sheets out of frig.  Line two cookie sheets with parchment paper.  Cut out cookies with a 2 or 2 1/2" round cookie cutter and place cookie on prepared pan, leaving at least 1" between cookies.  Chill 15 minutes.  Reroll scraps and cut out more cookies.  Bake, rotating pans halfway through, until firm to the touch and lightly golden, about 10-12 minutes.  Cool on racks.

To make the marshmallow:  combine sugar, corn syrup, honey, salt and 3 tbsp water in a large saucepan.  Cook over medium heat, stirring, until sugar is dissolved.  Clip a candy thermometer to the side of the pan and boil, without stirring, until syrup reaches 235F, about 10 minutes.  Watch closely, as it doesn't take nearly as long as cooking caramel.  Meanwhile, pour the remaining 3 tbsp water into a bowl and sprinkle with gelatin.  Whisk on low speed with an electric mixer until gelatin softens.  With the mixer running, gradually add hot sugar syrup.  Whisk, gradually increasing the speed to high, until the mixture holds stiff peaks, about 10 minutes.  Reduce speed to low and whisk in the vanilla.

To assemble cookies:  I just use an offset spatula sprayed with cooking spray, so the marshmallow won't stick, and spread a big dollop onto half of the cookie bottoms.  Top with the remaining cookies and gently press to seal.

To coat the cookies:  place chocolate chips and oil in a heatproof bowl set over a saucepan of simmering water...make sure the bottom of the bowl doesn't touch the water.  Stir occasionally until all of the chocolate is melted and incorporated with the oil.  I place a cookie in the bowl of chocolate as far down as I can and spoon the chocolate over the cookie.  Pick back up and place on a parchment lined wire rack.  If the chocolate begins to harden before all cookies are coated, place back on top of the simmering water.  Bon appetit! 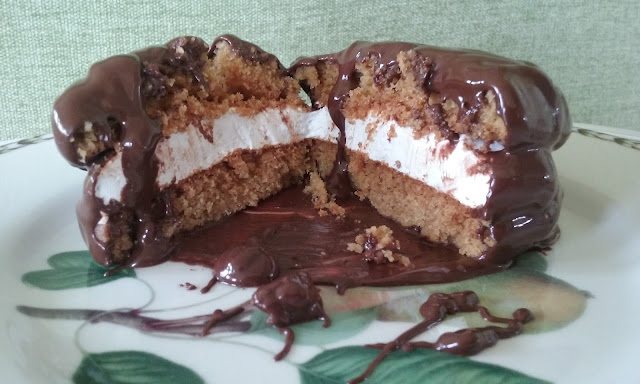 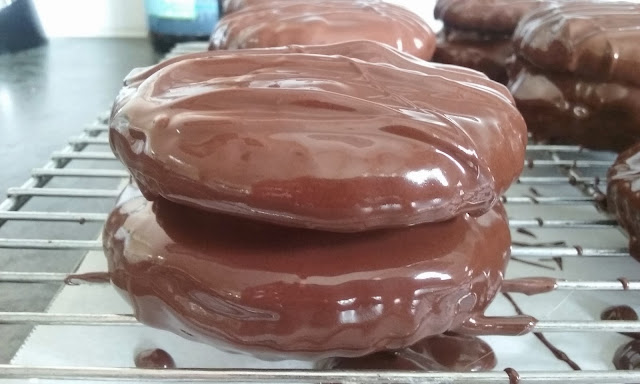 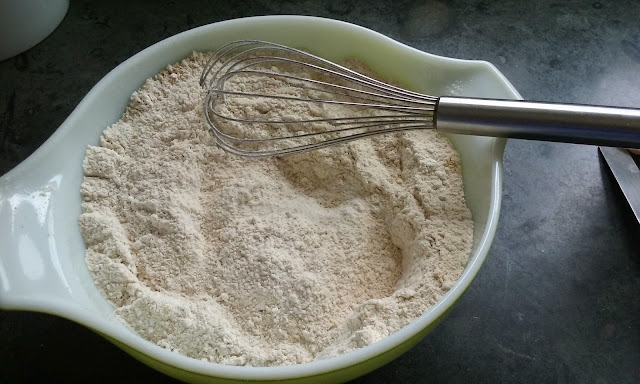 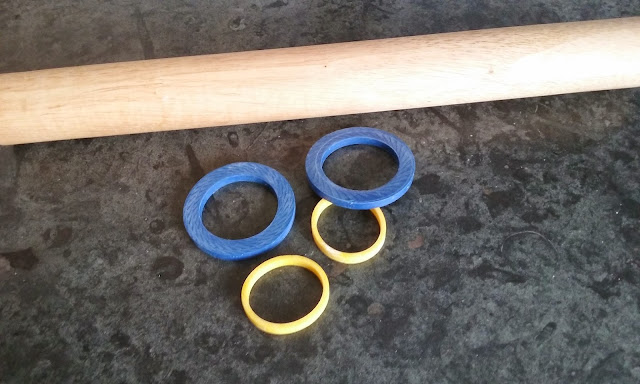 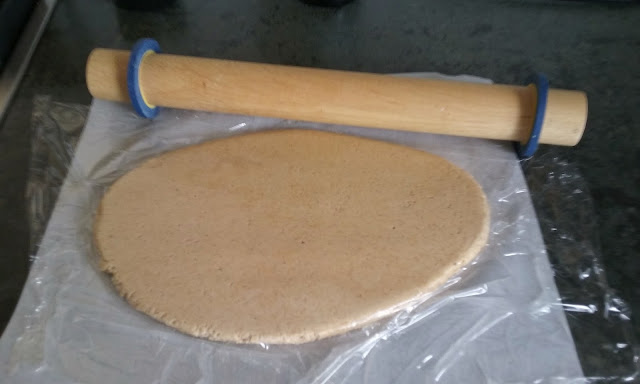 they cut out super easy... 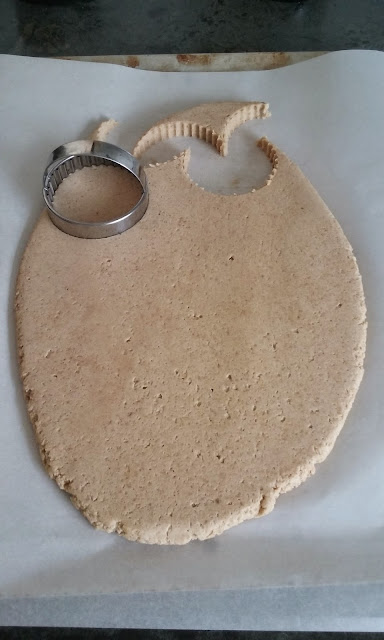 right out of the oven... 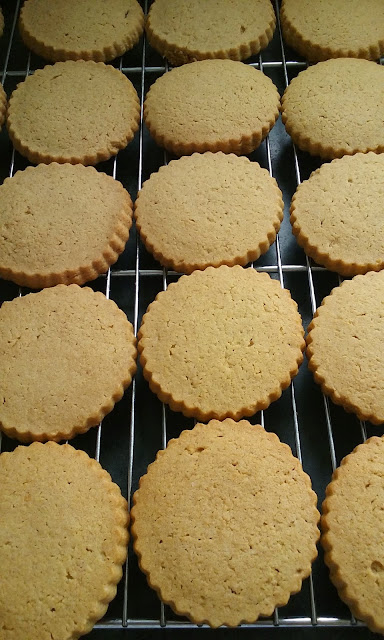 spreading the filling on, and putting the tops on, pressing a little after... 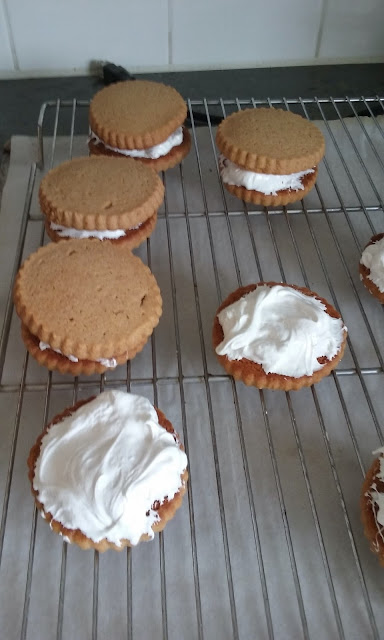 the chocolate and oil mixture... 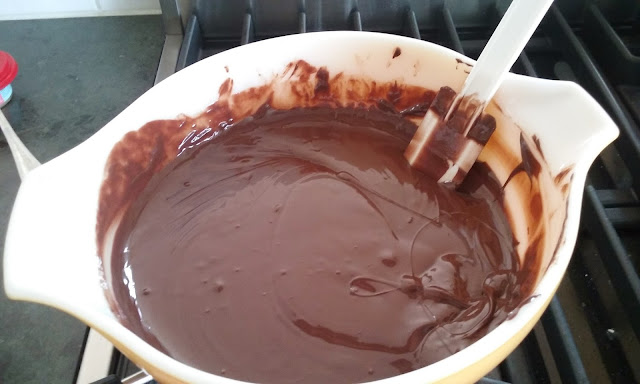 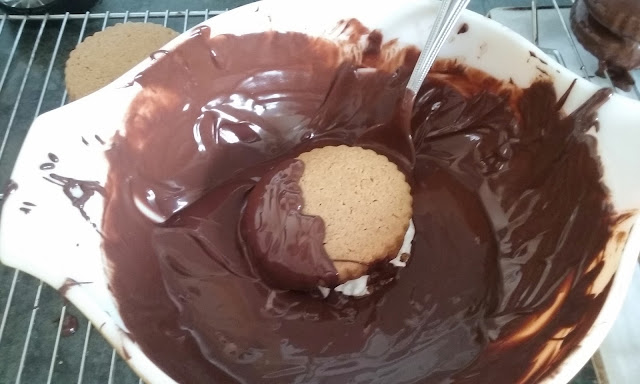 the marshmallow, complete, and rather sticky, of course... 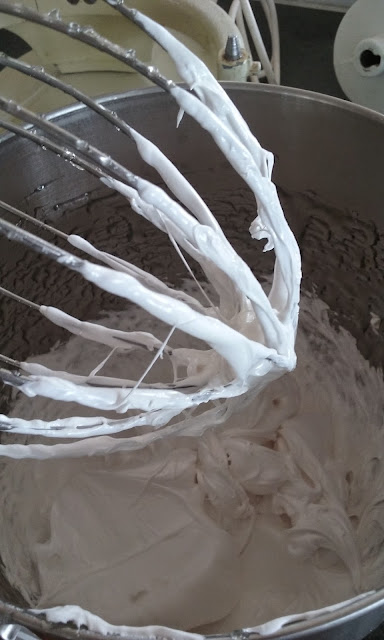 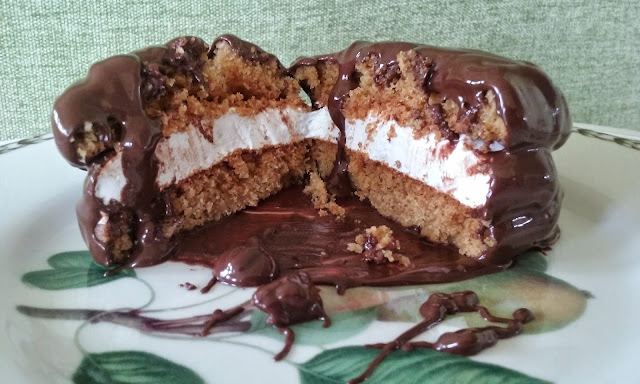 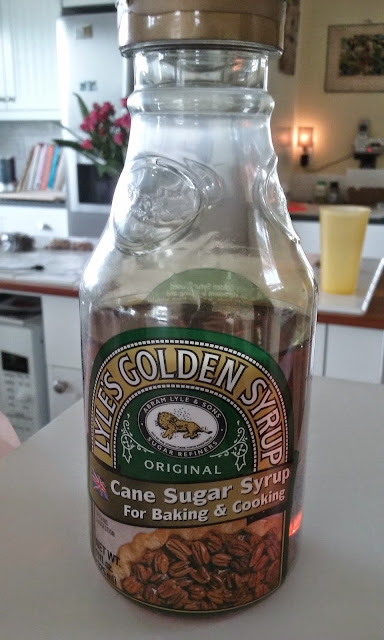 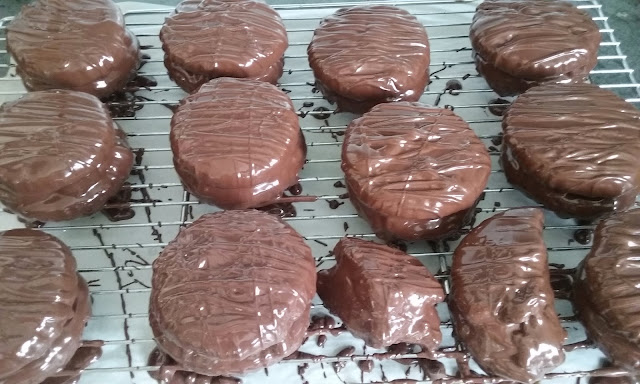