First, please forgive the pictures.  They were taken on my old phone, and I forgot to transfer them over to my new album.  At least I still had pictures to show you of this recipe, as it is absolutely to die for.  Yes, I have made many cheesecakes in my time, and at one point, I owned an 8, 9 and 10" springform pan.   That said, there were times that I wanted to make a cheesecake and either wanted something more casual than a round shape, or cheesecake that fed more people.  That's not to say that one made in a 10" pan wouldn't feed less than 16 people, but trying to but cut pieces that were uniform, looked nice and kept their point at the end of the piece was another thing.  This recipe cuts easily into 24 squares, although the original recipe called for 48.  In a perfect world, one would eat a 1x1" piece, but really, who would do that?  This recipe is made in a 9x13 pan, and I line it with a piece of tin foil, so cleanup is a snap!  And, the espresso adds depth, without bitterness.  Now, let's bake...

For crust, combine flour, brown sugar and butter in a medium bowl with a fork.  Line a 9x13 pan with tin foil and spray with cooking spray.  Press flour mixture onto the bottom of the pan.  Bake at 350 for 10-12 minutes or until golden brown around the edges.   Melt chocolate chips either in microwave according to directions, or in a medium saucepan on low heat.    Beat cream cheese and sugar together with a mixer until smooth.  Beat in eggs.  Gradually add evaporated milk, then espresso mixture, then melted chocolate chips.   Pour over crust and bake for 25 to 35 minutes or until center moves just a little.  Cool to room temperature, then chill until firm.  This time around I mixed some espresso powder with powdered sugar and sifted over the top of the some of the squares.  Bon appetit! 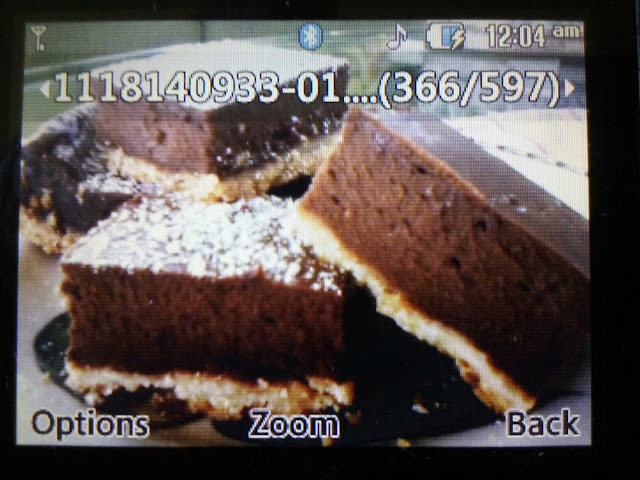 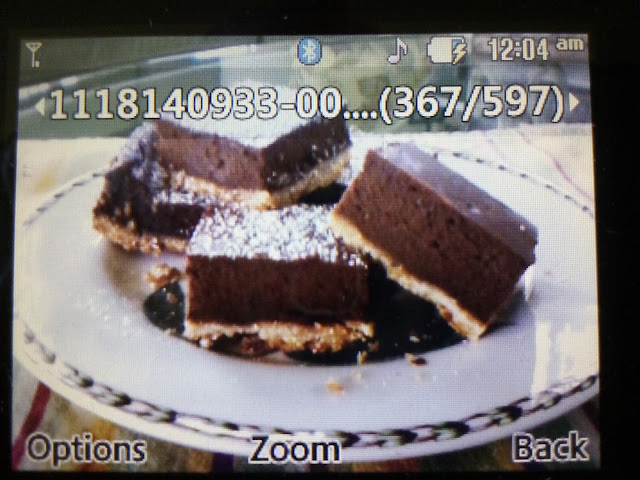