Recipe #99: My Stuffed Peppers with Fresh Corn & Topped with Balsamic

When I think of stuffed peppers, I think back to the 60's, along with stuffed cabbage.  My mom made neither one, and I don't know if it was the process of boiling the peppers/cabbage before stuffing/rolling everything.  My friend, Kathy, said that when I gave her some of these to have for dinner, they reminded her of her school cafeteria.  This is a very homey dish, and quite simple to do, and so satisfying.  I also cut my peppers in half, because I like the same ratio of meat mixture to pepper.  I also use an array of red, orange and yellow peppers, not only for color, but because green peppers typically have more acidity to them.  In addition, this recipe usually calls for white rice, but I bought brown rice for this time around.  I also wanted to add something really out of the box, and who would have thought that a splash of white balsamic on top of the pepper when ready to serve would compliment it in such a way to tone down the tomato a bit, but add a complexity and depth.  The addition of the fresh corn adds another flavor, as well as crunch.  You will like this recipe, so please try it.  Now, let's cook...

Bring a large pot of salted water to a boil.  Slice the peppers down the middle and remove the stem and all the membranes, cutting around the stem to leave as much of the pepper intact as possible.  Cook peppers in boiling water for 5 minutes, then drain.  Set aside.  In a large skillet, cook beef and onion until the beef is browned.  Season with salt and pepper.  Stir in the tomatoes, rice, corn, water and Worcestershire.  Cover and simmer for about 20-30 minutes or until rice is cooked.  You will need to taste it and also add more water if need be, as you don't want the rice to be crunchy.  Also, you don't want your stuffing to be dry, but you don't want it to be soupy either, or it will spill right out of the pepper.   Heat oven to 350.  I line a lasagna dish (usually larger than 9x13) with tin foil and spray with cooking spray.   Dump both cans of tomato soup in a bowl, and whisk in just enough water to make it saucy.  I actually hold the pepper in my hand and stuff with a spoon, then place back in the pan.  When all the peppers are back in the pan, pour the tomato soup sauce over all and then top with cheese.   Bake uncovered for about 20-25 minutes, and cheese is melted.  Take peppers out of oven, and after plating, put about a tbsp of balsamic over the top of the pepper.  Make sure to try the pepper before the balsamic, and then after...I think you will really notice a difference.  Bon appetit! 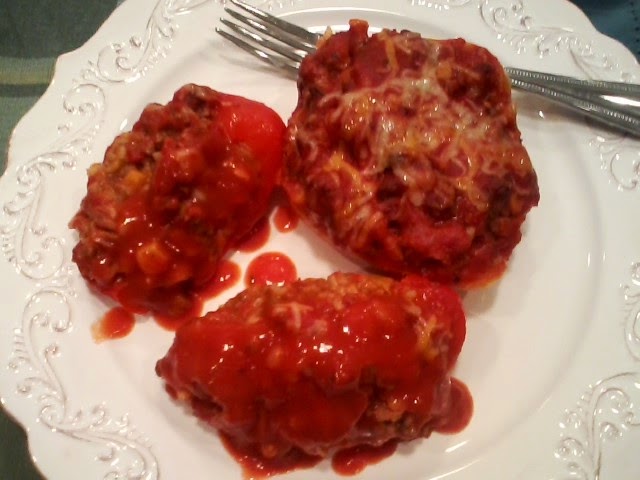 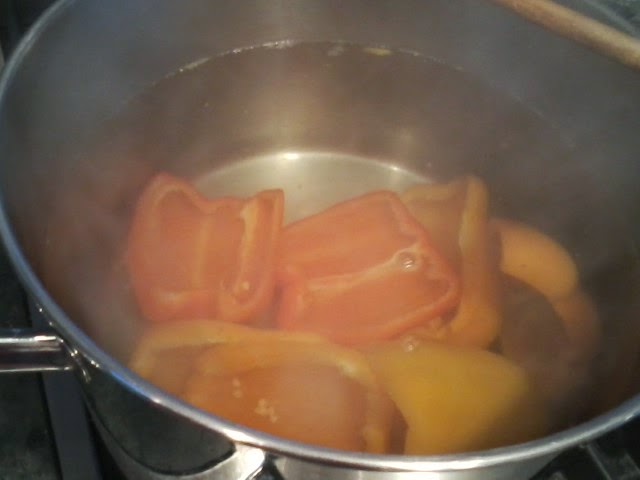 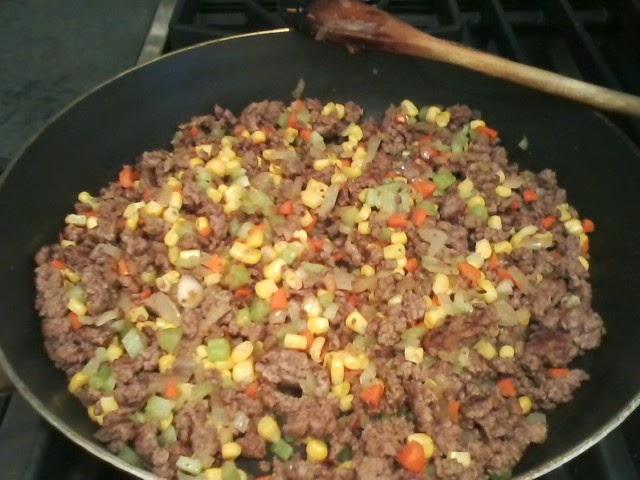 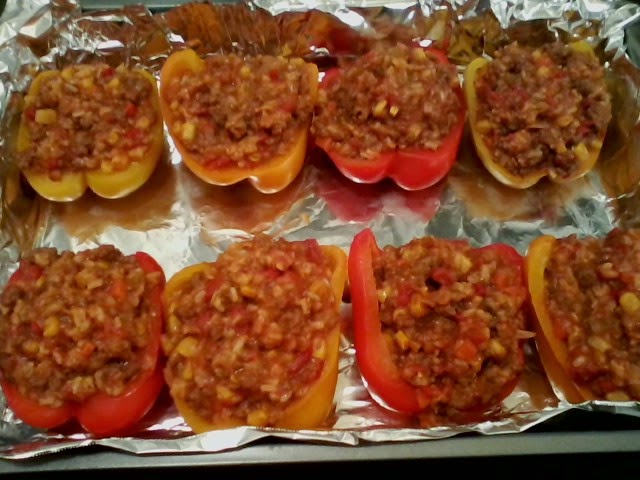 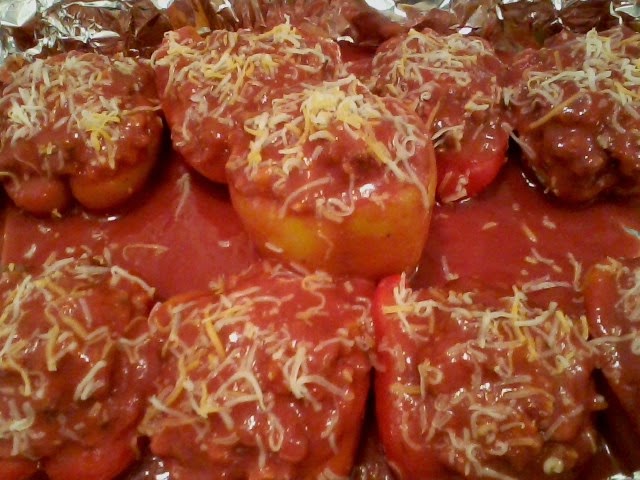 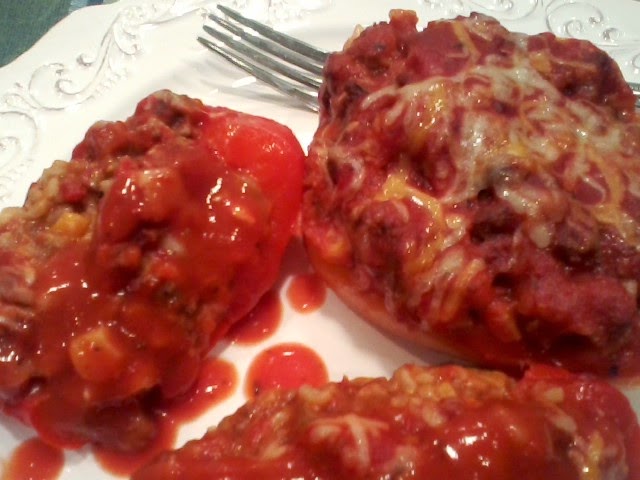 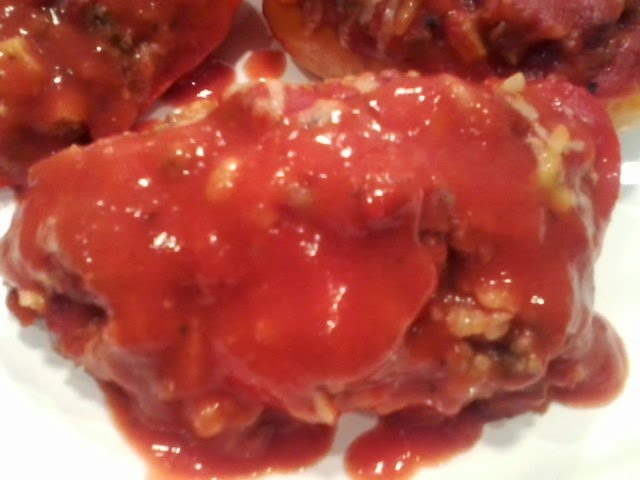