I have been known during the summer when corn is at its peak, to have 4 ears for dinner...corn, corn and more corn and nothing else.  Add to that, I have an avocado every day, yes every day in my salad before dinner if I'm eating at home.  Which brings me to the third element of this recipe which is fresh lime.  When I'm drinking the rare Diet Coke, it's not a lemon wedge I would pick for my first choice, but a lime.  Both are refreshing, but I pick limes over lemons most all the time whether it be my pop or a pie.  Now that said, I have never had a lime cake, and I actually start to smile at that thought, but now that I think about it, a nice lime pound cake with a fresh lime glaze makes me want to go back in the kitchen.  How did I ever get this far on limes, lol?  Anyway, I love all three elements of this salad and brought them together in a very refreshing selection for a lunch with the girls, or a dinner with a baguette.  Now, let's prep and mix...

Whisk the lime juice, zest, oil, ginger and salt in a bowl.  If taste is too sharp, add another tsp. of oil and whisk again.

Get a large bowl of ice water ready.  In a large pot of salted boiling water, cook corn for just about 2 minutes, so corn stays tender.  Remove from pot and add to the ice water to stop cooking process.  When corn has cooled, place in a large bowl or center of tube pan standing up and cut the kernels off the cob.  Add corn to a large bowl along with the avocados, tomatoes, pepper and green onions. Pour vinaigrette over salad and stir until combined.  Bon appetit! 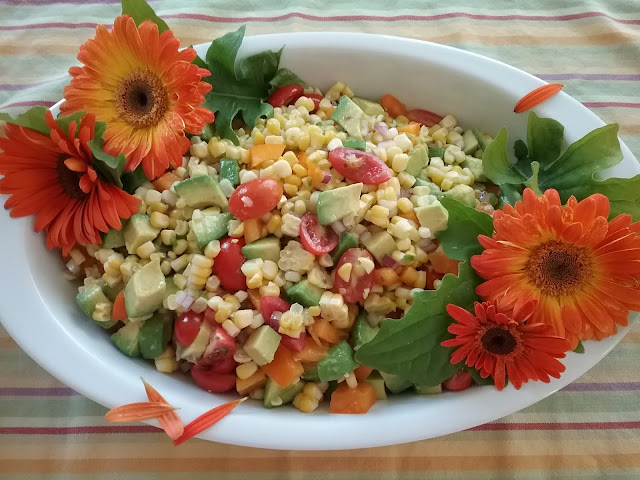 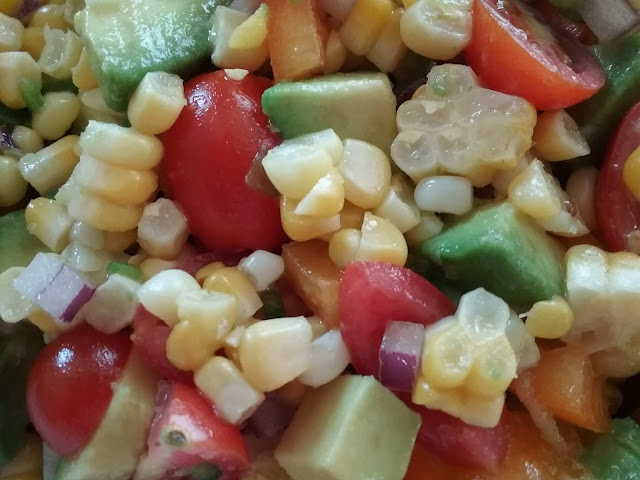 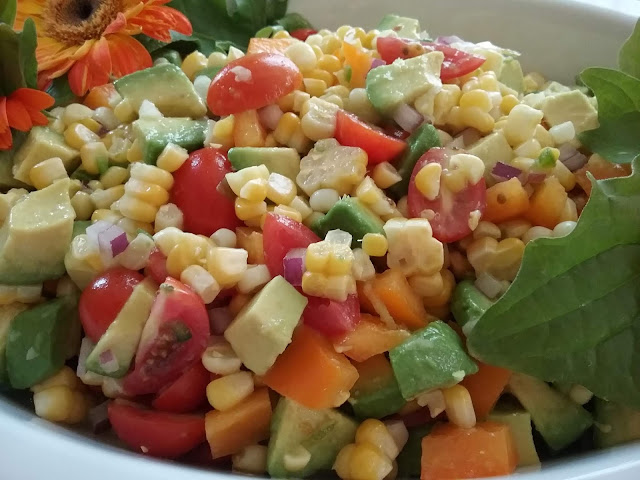