My Trip to Waco, Texas...Home to Fixer Upper, Part 4

Well, now that I was full of bbq and a chocolate malt, I was ready to head back over to Magnolia at the Silos.  I had about an hour before they closed for the day, so it was plenty of time to do enough damage to my wallet if I saw something I couldn't have.

The line at the bakery was about 30 people deep, and I would have waited except the girl at the door handing out order forms (you are handed a form shown below of everything the bakery has for sale.  While waiting in line, you are able to place your order on this form so by the time you get to the cashier, you will pay for what you have placed on the order form and step aside a few minutes while it is being boxed, bagged etc.) was rattling off a pretty big list of what they were out of.  Not surprising since it was almost closing time.  I redid my strategy and figured I would get up early the next day and hit the bakery when it opened.

The store is nothing short of beautiful inside, and of course there are two more employees greeting you at the door.  There are lovely table arrangements along with many different vignettes and settings featuring what is for sale.  Once done with the first floor, I proceeded down to the lower level, which has shirts, clocks, Chip's items for sale as well as leather goods.  And even though it was 95 outside and the store wasn't air conditioned, there were plenty of humongous fans humming away so I still felt cool.  After all, the purpose here is not to have you so hot that you're too uncomfortable to shop!  I walked away with two cement jugs, and of course they weighed probably 8-10 pounds together.  Thankfully I had enough room in my canvas tote that I carried on the plane to be able to put both of these inside.

After my venture there, I decided to drive around a bit.  I went past the ALICO building, and this is the one that is featured at least once if not more on Fixer Upper.  They usually show it at night when it's all lit up.  Downtown is pretty small, and I drove by the condo that was featured on Fixer Upper.  It is owned by a young woman who lives downtown and wanted the inside totally renovated.  Also drove the very first Magnolia store on Bosque Rd. but at the time there were probably 25 people waiting to get into that store.  It sells seconds and discontinued items and there is yet another employee at the door because only so many people can fit inside, just like the bakery.

Part 5 and my final on this wonderful trip to Waco coming soon... 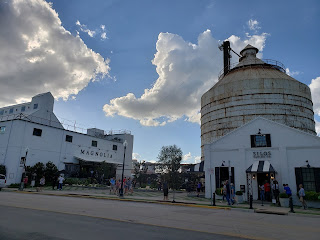 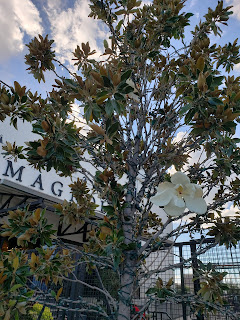 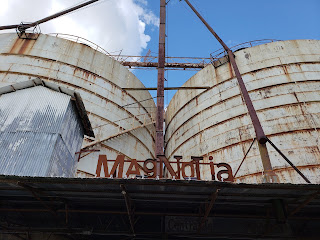 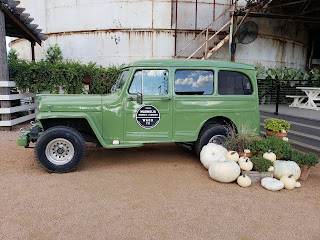 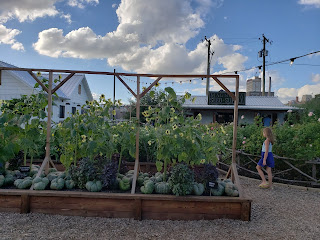 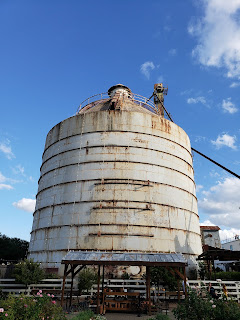 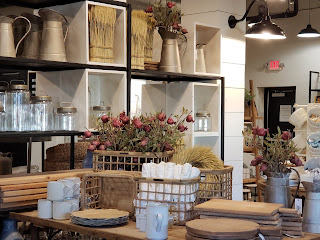 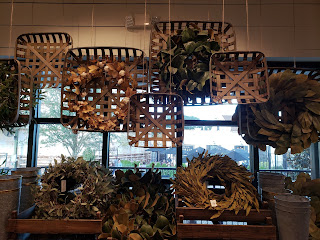 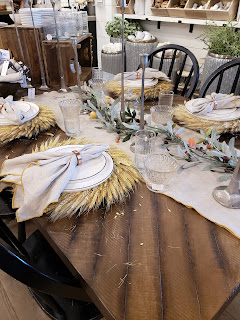 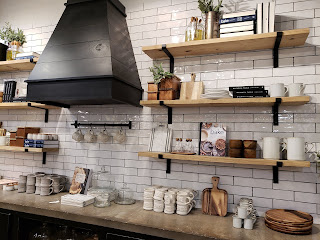 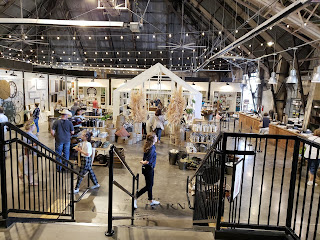 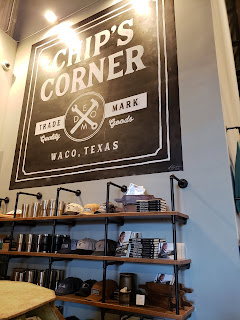 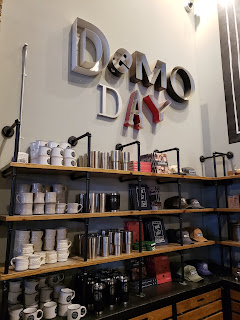 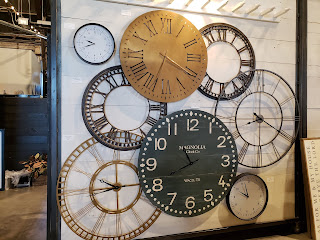 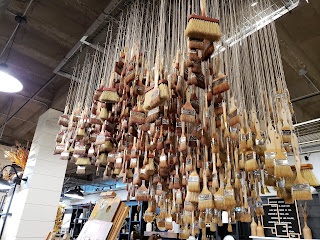 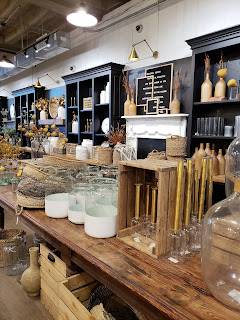 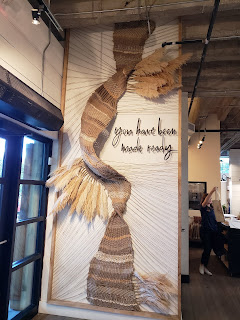 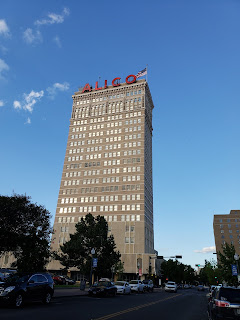 the two jugs that I lugged home with me
Posted by Unknown at 3:37 PM