Some chili recipes tout taking all day...fortunately this one only takes 3 hours.  Three hours, you say!  The reason being, it's made with cubes of pork loin, rather than ground beef, which doesn't need nearly as much time to become tender.  I am a pork lover...bacon, chops, ribs, you name it, and I like this recipe because it has some veggies and beans, like most chili, but a good part of it is pork.  And of course, the bourbon will cook out and leave only the subtle flavor to enhance the chili.  As with any recipe, make sure you have all the ingredients before you begin.  The day I made this chili, I went to the grocery store and got everything I needed, or so I thought.  I knew I had cumin at home, but upon arriving, was sadly mistaken.  I also needed coffee, and only had instant.  So, it got to become a scavenger hunt with the neighbors.  Do you have a 1/2 cup of coffee and do you have cumin?  Neither?  Okay, thanks, and on to the next neighbor.  Well, I was successful with both paying a visit to four of my neighbors.  Hopefully, you'll be more prepared than I was...

First off, I use both a large dutch oven and a large skillet for browning the meat because I am not a lover of doing it in batches.   Put 3 tbsp canola oil in each pan on high heat.  If you have a 3rd pan, all the better.  Brown the pork, and while doing so, sprinkle with salt and pepper.  Put browned pork on a plate lined with paper towel to absorb extra oil.  Pour 1 tbsp canola oil in each of the pans, (I still use two for this process), and add the onion, garlic, peppers and jalapenos.  Season the veggies with the brown sugar, chili powder, cumin, cayenne, salt and pepper to taste.  Cook over medium heat until the onion is just getting translucent.  At this point, put all of the veggies in the large dutch oven.  Stir in the tomatoes, honey, coffee and bourbon.  Mix well.  Add pork, then the beans and stir, (see picture below).  Bring just to a low boil, then turn heat to low, and simmer with lid on, but not tight.  Cook 3 hours, stirring every 20 minutes or so.  After the first hour, take lid off so liquid can reduce.  Bon appetit! 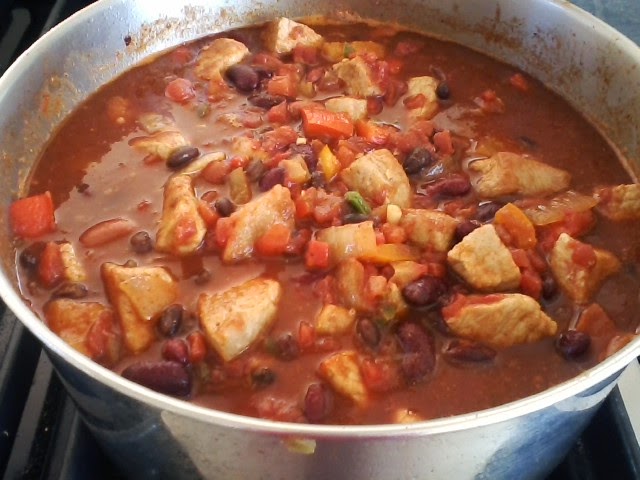 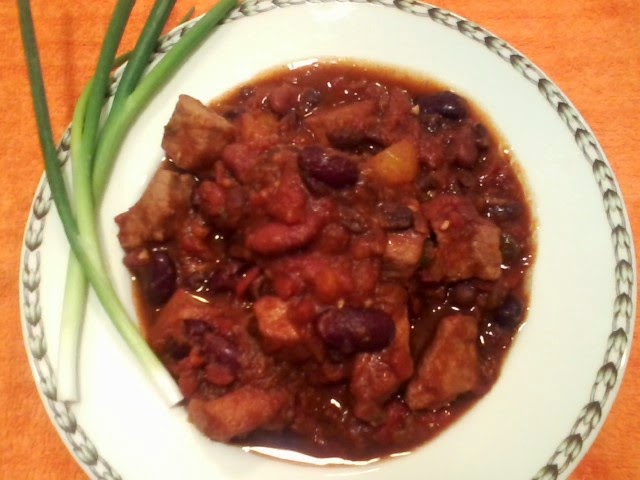 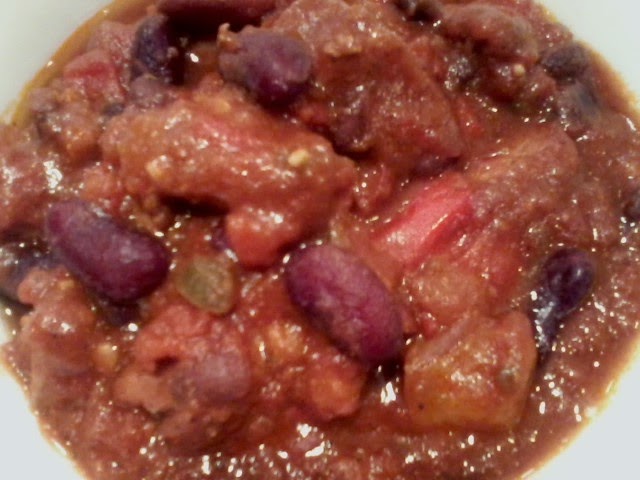