When going over my thoughts regarding a fresh summer salad a few weeks ago, I was perusing the aisles in the produce section of my local grocery store and stopped at the peaches, nectarines and plums.  I didn't want it to be totally sweet like a typical fruit salad, but I was rather tired of my day-after-day green salads.  Personally, I have never cared for plums, and if I had to pick between a peach and a nectarine, I would always choose the latter and perhaps it's because I like the skin better on a nectarine.  Okay, but enough of that because we're getting away from purpose of the salad.  I thought one sweet element among a few savories would blend well, hence the salad I came up with below.  I know this may sound like an odd combination, and I have to be honest, up until the time that I actually tried it did I think it would work, but alas, I would make it again in a heartbeat.  My guests that I coerced (well, they thought the concept was interesting) into trying this also gave it a hearty thumbs up.  The dressing is nice as it's made with a more calming rice vinegar.  Now's lets prep and mix... 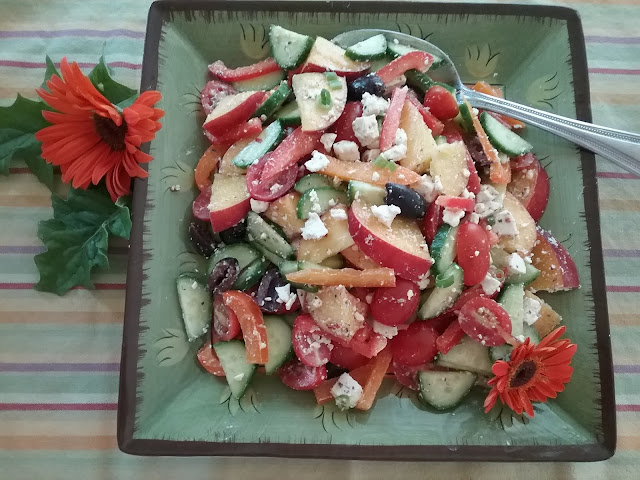 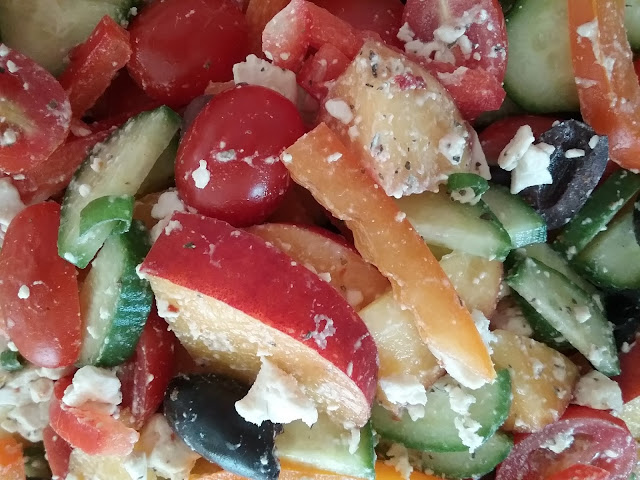