My Trip to Waco, Texas...Home to Fixer Upper, Part 2

Okay, it's morning in Waco and time to get up so I can get to Magnolia Table and have breakfast.  I walk outside only to find that it's already 85 degrees...and humid!  Out on foot I go to the Silos, as again it's only a few blocks from my Airbnb.  And sure enough, there were the 2 silos, in all their grandeur.  I couldn't believe I was actually seeing those things in person.  I got so used to seeing them on TV that I had a hard time fathoming that I was actually standing right in front of them.

Well, come to find out, Magnolia Table is about 15 minutes from Magnolia, the store but alas they have a bus which takes you to the Table.  Had I known this from the get go I would have taken my car, but the bus goes around in a large loop, ending up at the Table.  My step must have been pretty forceful while walking to the Silos as I noticed two blisters forming.  Great, as I had more walking to do, and I'm sure the weather had a part to play in all of this because my hands and feet usually swell in very warm weather.

The wait at Magnolia Table was 1 1/2 hours, something I somewhat expected, but wasn't willing to do.  I headed over to their takeaway section and ordered a sample box containing pumpkin bread, zucchini bread, chocolate filled croissant, buttermilk biscuit and a blueberry muffin.  While I was nibbling on that I noticed another place right next door I wanted to go to, Health Camp, which is a burger/shake joint and anything but healthy lol.  But they were supposed to have some of the best malts, which I'm a sucker for.  I was going to have to save it for when I had my car because I had to get back to the store on the courtesy bus and then walk back to the Airbnb on my broken feet.  Besides, the Camp didn't open for another 1/2 hour and I had places to go and people I was hoping to see, namely, Clint Harp, Joanna's woodworker magician, and Jimmy Don, her metalwork magician.

When I got back to the Silos, the lineup at the Bakery was already 50 people deep.  This on a day that is now 90 degrees.  I can't even imagine how long the line was in July and August, along with the temperature to boot.  This is why word gets around that if you go in and buy a half or a dozen cupcakes, you had best eat them right away, as the heat will demolish the icing in due time.  So, back to the Airbnb, picked up the car and headed out to Clint's place.

Sad to say Clint wasn't there, although he was scheduled to have a book signing later that afternoon at a local grocery store.  His gift shop was nicely done with of course lots of woodworking items.  Also in the back was his shop, and next door, his home, which was featured on fixer upper.  I could tell...I noticed that beautiful front door right off.

Now headed to Jimmy Don's metal workshop, which was out about 10 miles into the country.  Beautiful ride but unfortunately no Jimmy Don either.  His store held many lovely pieces of metalwork though and I was glad I took the drive.   Part 3 coming... 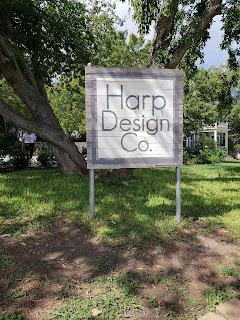 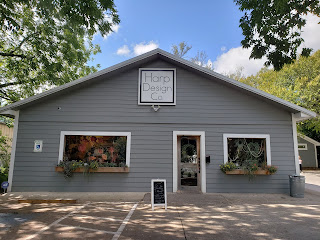 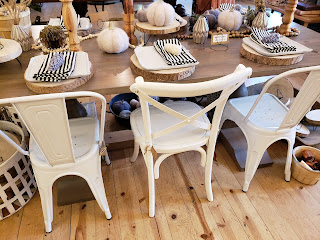 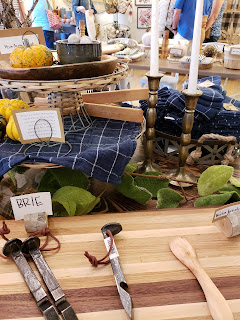 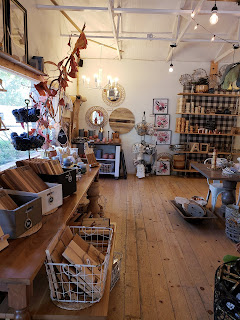 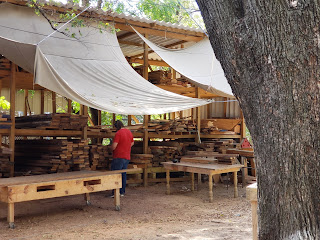 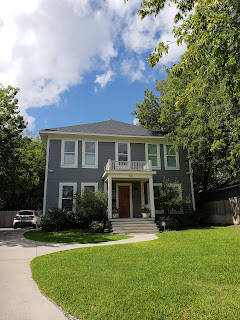 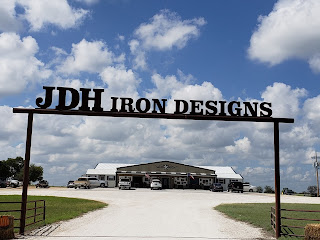 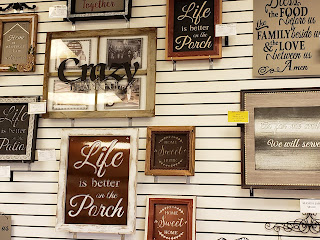 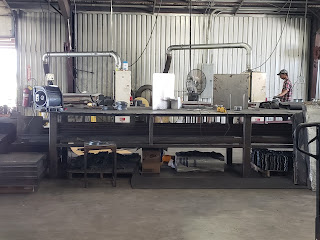 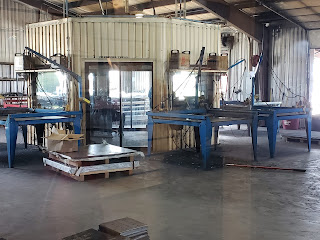